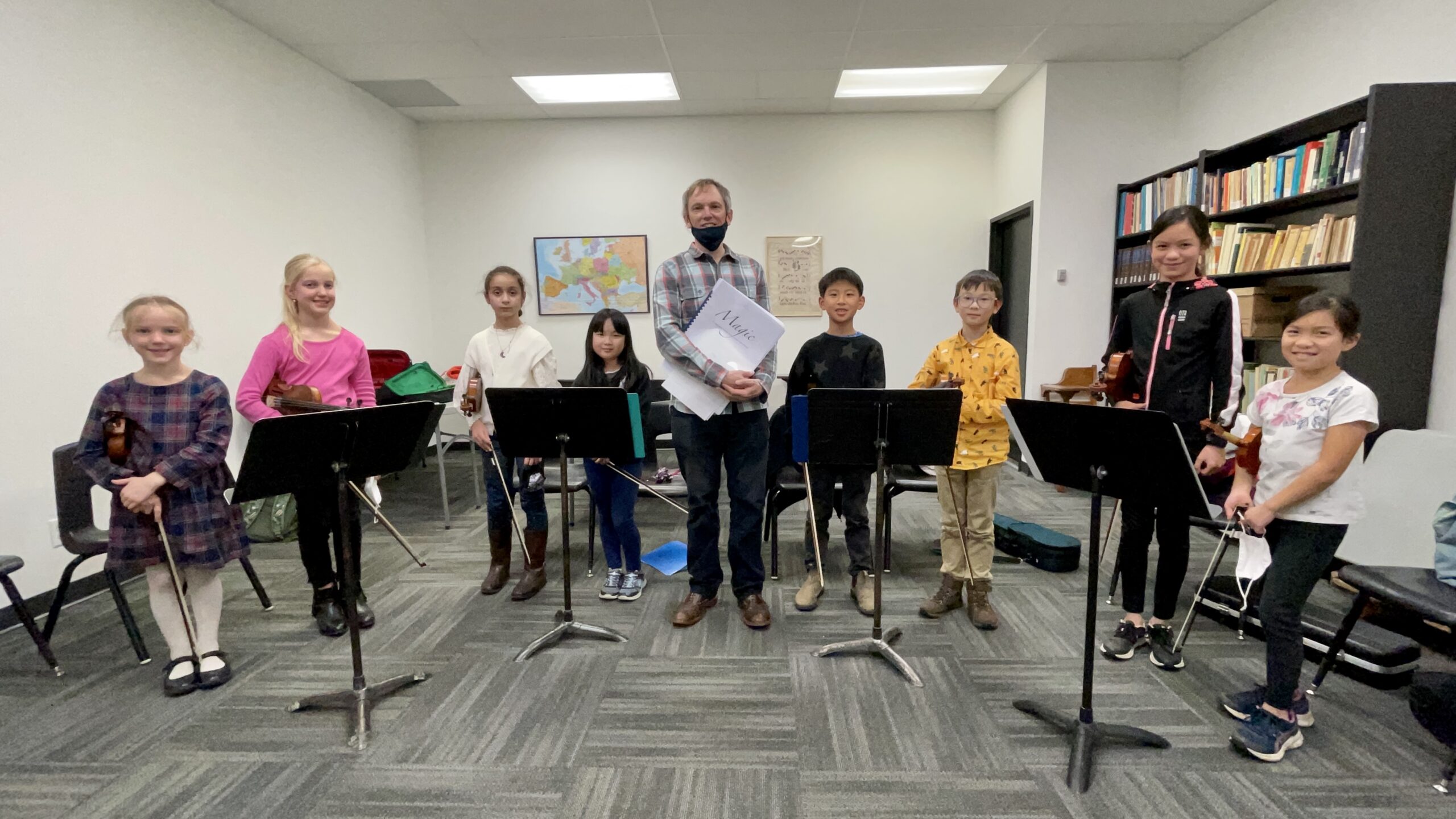 An Interview with Edward Top

Edward Top’s Magic will be performed as part of Vancouver Magic, November 21 at the Orpheum Annex. We spoke to the composer about the piece, his reputation in the Dutch press, and integrating children into his music.

You are a relatively recent arrival to Vancouver. What brought you here, and what inspires you to stay?

Moving to the great Pacific Northwest in Canada was considered an exciting adventure for me, and also Vancouver is my wife’s hometown.  We have been in Vancouver for over a decade already, and I still find exciting pockets of music creation. I loved my previous job as Composer-in-Residence with the Vancouver Symphony during my first years here, and continue to be excited about symphonic music as a teacher of composition, orchestration and violin at the Vancouver Academy of Music. I recently discovered that Vancouver has a group of high-level musicians, specializing in Chinese instruments.  With my Dutch roots, and having previously lived in East Asia, I am now working with both Western and Chinese musicians to find new ways of expression.  This can only happen in Vancouver!

Has the COVID-19 pandemic changed anything in your composing process? How are you faring in these weird times?

The pandemic did not affect my personal composition process because as a composer I always work in isolation.  However, the uncertainty of whether my work would ever be performed again had a profound and ominous impact.  Performances of live music were on hold, which made my colleagues and I increasingly nervous about an already precarious profession.  Ironically, since blood is thicker than water, this insecurity motivated me to write a large orchestral work just because I felt I had to to prevent “compositional-atrophy”!

The Dutch press called you “horror composer Edward Top”. What did you do to earn that designation? Should audiences brace for terror?

This moniker was designated 25 years ago, after the performance of my piece “The Overwhelming Blankness of the Ultimate Meaninglessness of Tragedy” for chamber orchestra where a soprano ran screaming down the concert hall, and an actor narrated a macabre text.  At first, I was apprehensive of being pigeon-holed but it is just a bit of fun.  For the upcoming concert of Magic with the Turning Point Ensemble and an ensemble of child violinists, this piece will be quite angelic!

There are intriguing photos on your site with a double-necked Gibson SG. Tell us a little bit about the piece that used that unusual instrument most often associated with Led Zeppelin guitarist Jimmy Page.

Three years ago, during Vancouver Pro Musica’s Sonic Boom Festival, I performed my composition “Three Studies for Decaoctochordon”, an instrument name that I made up. It creates very interesting clouds of sound, with its 18 differently-tuned strings on the double-neck guitar. The twelve-string section is tuned to all 12 pitches of the chromatic scale, and the other neck is a quarter-tone sharp.  It is an instrument for the outlandish!  Recently I have been re-tuning the double neck for a more Jimmy Page-like approach in my progressive-rock band called Square.

Magic is written to incorporate child violinists. Did your work at Vancouver Academy suggest this approach?

Yes!  I have taught violin to young musicians for 30 years now.  In a previous piece, “Pots ’n Pans Falling”, I asked one of my students (7 years old) to record his violin parts.  The sound was pure and joyful.  Magic is a logical progression from there, incorporating eight young performers… to play live!  Two years ago, Owen Underhill conducted the premiere of Magic with the Cantus Ansambl in Zagreb whereby pre-recorded samples were used, similar to Pots ’n Pans, but with three players.  Those three players are now a part of the group of eight live players, which includes my 10-year old son, Elliott.  I suppose this is a re-occurring theme of mine, multiplying guitar necks and now children!

What about this performance are you most excited about?

Having young violinists performing live is very exciting because of the unique and tangible sound quality, the high stakes of coordinating many moving parts, and giving the kids a chance to work with professionals.  It was Owen’s suggestion to try live performers rather than pre-recorded samples like we did in Zagreb.  There is no equivalent in art music to movements like Cobra in the visual arts:  Cobra “wanted to start again as a child” in the words of painter Karel Appel.  The expression of feelings here is instinctive with childlike simplicity.  The word magic raises a childlike curiosity, awe, and perhaps a little fear.  Although this arrangement of children on stage may appear sentimental, hopefully it will reveal a deeper layer of psychological meaning.

What have you been listening to lately?

Thanks for asking!  Bartok and Ravel String Quartets; Webern Three Songs; Alfredo Santa Ana’s “Ye elves” in Music on Main’s Modulus Festival last week; my students Henry From’s and Francis Sadleir’s works; Cardiacs “The Seaside” (one of my all-time favourite albums!); the prog/art rock compilation album “Rock From the Alley #2” with 19 local progressive rock bands, including my own band Square.

Are there any upcoming performances (Turning Point Ensemble or otherwise) that you are looking forward to?

I’m looking forward to hearing the Turning Point Ensemble with Croatian composers, conducted by Berislav Šipuš, on April 29 and 30.  Here is my shameless plug:  December 8, 2021 in the Orpheum Annex, I will be conducting the premiere of my work Confluence with the Vancouver Erhu Quartet (two erhus, viola and cello), alongside works by Jin Zhang, Tim Brady and others. Lastly, I invite everyone to our band Square’s performance at The Roxy on February 3, 2022!

Purchase tickets for Vancouver Magic, November 21 at the Orpheum Annex at 7:30pm