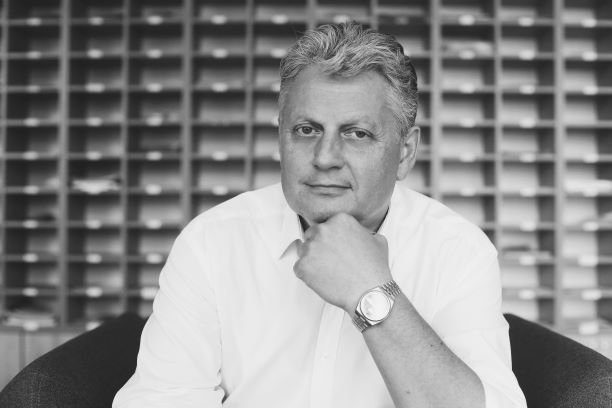 IN THE DISTANCE
SFU Fei and Milton Wong Experimental Theatre

Turning Point Ensemble will be conducted by leading Croatian composer and conductor Berislav Šipuš in a rare opportunity to experience first-hand the distinctive and colourful contemporary music culture of Croatia. This program is part of a multi-year exchange exchange which involves the exchange of the ensembles and artistic directors of Turning Point Ensemble and Cantus Ensemble of Zagreb. The concert itself is an ambitious and rich collection of work for large ensemble representing a number of generations of Croatian composers. It will include In der Ferne (In the Distance) by our guest conductor/composer (with Vancouver soprano Robyn Driedger-Klassen as soloist), as well as works by Srđan Dedić, Marko Ruždjak, Krešimir Seletković, and Stanko Horvat.

About Berislav Šipuš
Šipuš, Berislav (Zagreb, 1958), composer and conductor, studied art history and composition. He graduated in composition from the Music Academy, under Stanko Horvat, in 1987 and continued further training under Gilbert Bosco in Udine, as well as under François Bernard Mâche and Iannis Xenakis at the UPIC in Paris.

He attended conducting courses held by Vladimir Kranjčević, Željko Brkanović and Krešimir Šipuš in Zagreb, as well as Milan Horvat at the Hochschule für Musik und darstellende Kunst in Graz. He worked as an assistant-pianist at the Croatian National Theatre Ballet in Zagreb, and the Bermuda Civic Ballet, taught theory at the Elly Bašić Music School in Zagreb, and worked as a producer at the Vatroslav Lisinski Concert Hall. Šipuš was the managing director of the Zagreb Philharmonic Orchestra (2001-2005).

He was producer of the Music Biennale Zagreb and its artistic director from 1997 until 2011. He lived in Milan, working at the Teatro alla Scala as a rehearsal coach, then orchestra conductor, for ballet productions, and pianist, rehearsal coach and conducting assistant in the opera. He is a full professor at the Zagreb Academy of Music.

Šipuš is the founder and artistic director of the Cantus Ensemble. He received a number of prizes for his works, among which the “Seven Secretaries of SKOJ” award, “Josip Štolcer Slavenski” Award, “Vladimir Nazor” Award, HAZU Award and the “Boris Papandopilo” Award. Some of her favourite operatic roles include: Sophie (Werther), Naiade (Ariadne auf Naxos), Marzelline (Fidelio), Alexandra (Regina), Zaide (Zaide), Female Chorus (The Rape of Lucretia), The Governess (The Turn of the Screw), and Countess (Le Nozze di Figaro). Currently, Robyn is Head of Voice at the Vancouver Academy of Music.

Cantus Ensemble was formed in 2001 as the festival ensemble for the Music Biennale Zagreb. Since then, the ensemble has continued to work relentlessly on its quality, programming the best of the best and newest of the newest, and is now distinguished and especially praised part on the Croatian cultural scene. The ensemble has performed more than 400 performed works, 90 of which were first performances, as well as around 60 guest performances all around the world (Austria, Italy, Slovenia, Bosnia and Herzegovina, Germany, Belgium, Lithuania, United Kingdom, Sweden, France, Netherlands, Swiss, China, Canada, Mexico and Turkey), and has performed with numerous guest soloists and conductors. Since the concert season 2006/2007, the ensemble has its own concert cycle in Zagreb, where they have presented an extraordinary ten scores of Croatian composers of the 20th and 21st century.