Founded in 2002 by its musician members, Turning Point Ensemble (TPE) is a large chamber ensemble (16 instrumentalists and conductor) with a mandate to increase the understanding and appreciation of music composed during the past hundred years. The ensemble has built a strong reputation for outstanding musicianship and linking seminal 20th century repertoire to contemporary works through thoughtful programming and innovative presentations. Uniquely and flexibly sized between a small chamber ensemble and a symphonic orchestra, TPE presentations offer a symphonic palette with a chamber music sensibility. In addition to its concerts, tours and recordings, the ensemble has regularly mounted innovative interdisciplinary productions including operas, and collaborations with dance, theatre, visual art and moving image.

Turning Point Ensemble has released six CDs and one DVD on the Artifact, Centrediscs, Atma Classique, Redshift Records, Orlando, and Parma labels. We have presented a diverse range of repertoire, commissioned and performed works by Canadian and international composers, and partnered with a number of community and cultural organizations.

In 2010, TPE was awarded the Rio Tinto Alcan Award for Music 2011 – the largest production prize for music in Canada for its presentation of FIREBIRD 2011, resulting in 4 sold out performances in March 2011 at The Cultch in Vancouver.

Other significant large-scale interdisciplinary projects include Flying White -飞白 which was co-produced with Wen Wei Dance for the 2020 PuSh Festival with three sold-out performances and the premiere of air india [redacted] (5 performances November 2015). We have also had two major partnerships with Ballet British Columbia, and several projects with live music and moving image.

We are proud to have presented a diverse range of repertoire, commissioned and performed works by Canadian and international composers, and partnered with a number of community and cultural organizations. A highlight is our ground-breaking cultural collaboration with the Westbank First Nation in the Okanagan for an outdoor presentation of Barbara Pentland/Dorothy Livesay’s 1954 opera, The Lake at Quails’ Gate Winery, the original homestead of Susan Allison and her family.

The central artistic vision of the TPE is to bring to the public extraordinary music for large chamber ensemble written from the early 20th century through to present day. We draw audiences to this music through outstanding performances, and intelligent programming that creates a lively context for the music. We seek to create links from the music of earlier times to new music, to explore relationships and connections between composers and their music, to perform significant large-scale works from the Canadian and international repertoire, to collaborate with multiple art forms in extraordinary ways, and to establish meaningful long-term relationships with some of Canada’s most talented composers through commissioning and multiple performances.

Turning Point has toured internationally in 2018 to Asia and the Czech Republic, in addition to two Canadian tours. We have performed in many festivals and series including the PuSh International Performing Arts Festival, New Music Concerts Toronto, ECM+ Montreal, groundswell Winnipeg, New Music Edmonton, MusicFest Vancouver, Vancouver International Jazz Festival, the Sound of Dragon Festival and the Modulus Festival.

As a composer, his music has many different expressions and has been described as dense and interesting, colourful, lyrical in inspiration, exuberant and witty, subtle, and thoughtful. Among his recent compositions are a set of solo piano Bagatelles (2013-2022), Gaudi Madrigals (2020) for 8-part choir, the violin solo Cone (2020), Bee Studies (2019), a song cycle based on poems of Renée Sarojini Saklikar for soprano and Turning Point Ensemble, and He is Flying (2020), a work for two erhu and sheng written as part of a dance project with Wen Wei Dance. His compositions are on several recordings including Curio Box on the Orlando label, Still Image on the Centrediscs label as performed by the Bozzini Quartet, and Celestial Machine on the Artifact label.  He was nominated as Outstanding Composer at the WCMA awards 2019 for his Cello Concerto, Canzone di Petra was awarded the Outstanding Classical Composition at the WCMA in 2007, and his Love Songs was previously nominated for a Juno award.

Underhill has worked on behalf of Canadian music throughout his career, serving as President of the Canadian Music Centre between 2010 and 2014.  He received a Lifetime Achievement Award for extraordinary contributions to Canadian Music in 2017. 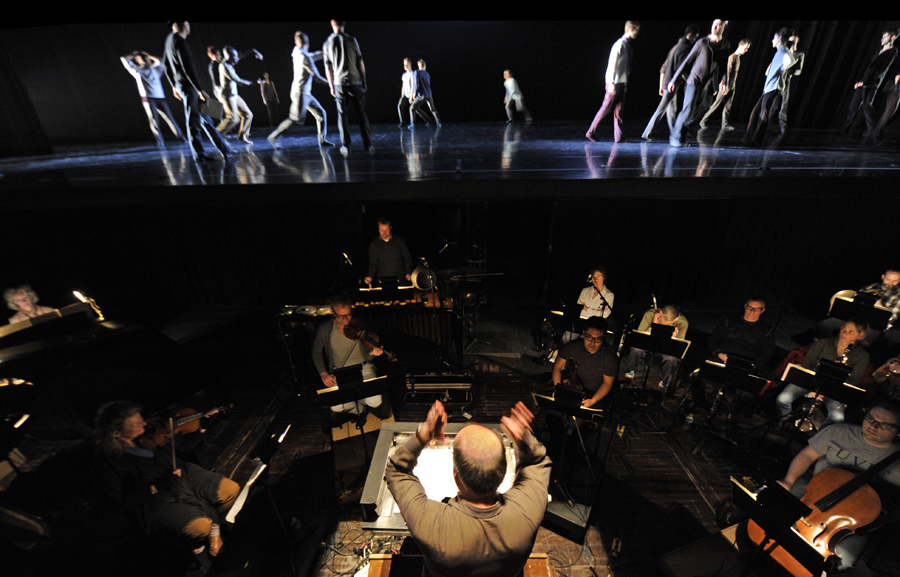